BETWEEN THE VISIBLE AND THE INNER, THE APPEARANCE AND THE TRANSIENT. BODY.

Although there is a need for exploring the most diverse content and form, the return to the human figure as a motive represents the inevitable outcome and essence of this interest. Visible manifestations of the body and human form and skin, as well as internal events transcending the transfiguration, appear to reflect on the essential and the driving forces in the human body. The base of the concept consists of a static state, from one side and constant movement of the body on the other. The diversity of used media affects the ultimate outcome and the appearance of each work separately; from the immediate visual modes of expression such as free-hand drawings and lines, over photography and video to indirect ones such as 3D digital graphics, video composites, and 3D animation. In this exhibition space, three different segments have been presented.

"The Study"; static, so-called T-pose, which is characteristic of a 3D application that precedes the movement and displays the body in its basic state of inaction. The same body repeats multiply and recycles in a certain way. The "First Study", which is at the same time the basis, is further elaborated by adding other elements, creating a new image in a series, producing a repetitive circle of the process consisting of the following procedures: photography > digital intervention > print > manual intervention > photography > digital intervention, etc.

"Passing"; represents figures that move randomly in space without a pattern. Dynamic relations between individual bodies are presented in common, everyday situations such as sitting, walking or running. Only the pulsating energy of the dynamic bodies and their movements is visible. Although this motif was manipulated in the past, the migrations of people from the Middle East have made this approach actual again.

"Forgotten Faces"; is a set of unspecified portraits or what remains in memory over time and during the process of oblivion. The character of the person is under the process of constant changes and is constantly recreated, so the structure and form of the character are stopped at a certain stage of memory and emotional attitude towards the person being processed. 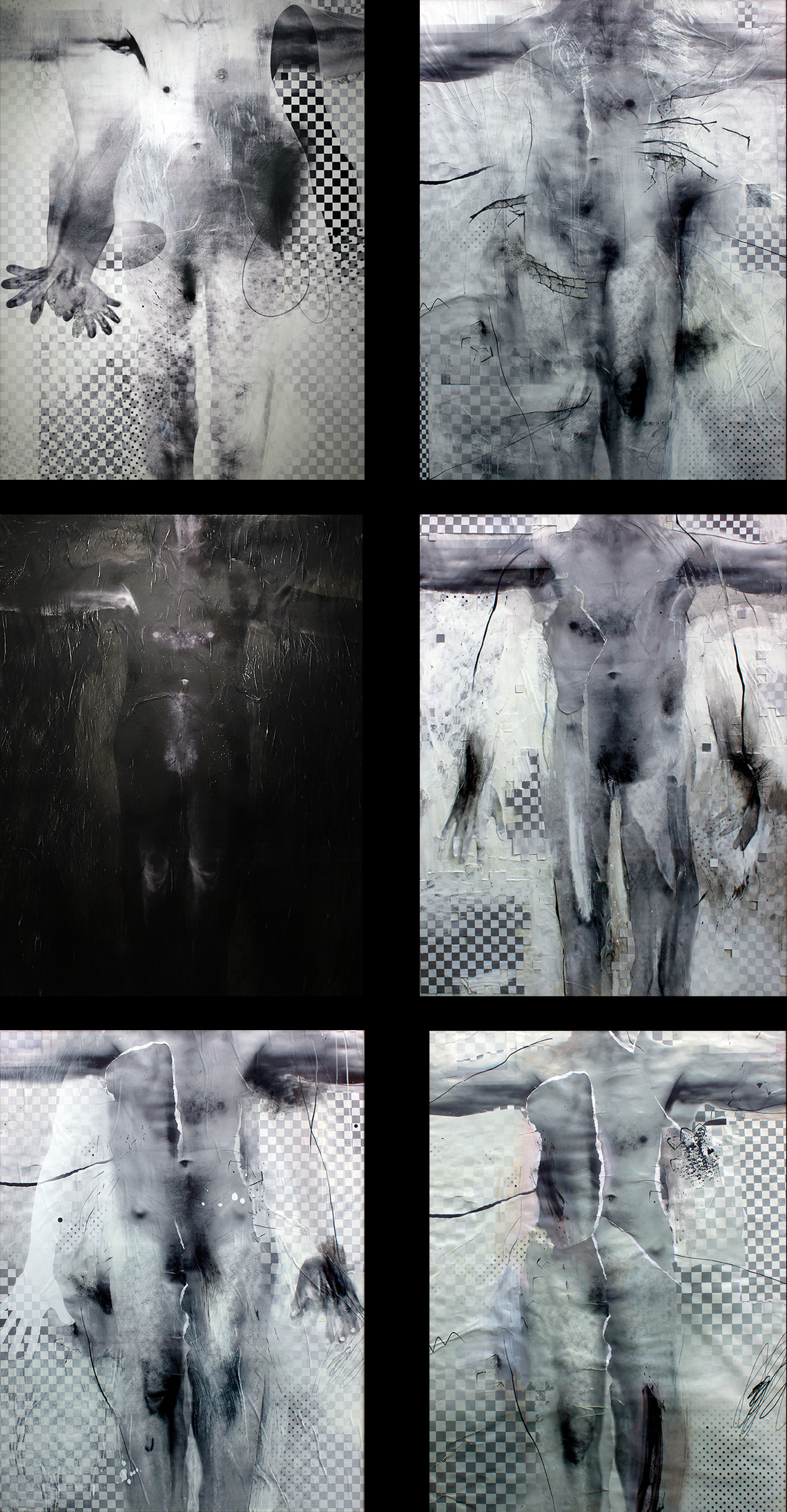